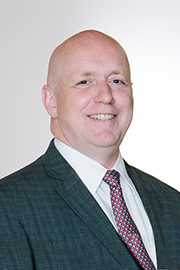 Working with Cameron Ross under their Pure Advice brand, Randy embraces a planning approach that is evidence-based and does not rely on “rules of thumb” or other shortcuts. He seeks to uncover opportunities through detailed modelling of client financial realities. Randy deploys asset management strategies that take full advantage of Integral’s “open architecture”, marrying best-of-breed investment management into coherent, risk-calibrated portfolios that reflect each client’s unique circumstances.

Randy began his financial planning career in 1994. After establishing his Certified Financial Planner designation in 1999, Randy established his own independent branch, opening Ottawa’s first office for Berkshire Securities. In order to maintain his independence, Randy joined Integral in 2008 after Berkshire was sold to a life insurance company.

A strong community supporter, Randy has served as Chair and Board Member of the Ottawa School of Speech and Drama, has been recognized by Council of Arts Ottawa for business support of the arts, served on the Board of the Great Canadian Theatre Company, served as Chief Financial Officer to a mayoral candidate, and recently advised with the Leading Note Foundation on their strategic plans. Randy lives in Centretown Ottawa and enjoys spending his time with his partner, children and grandchildren.

Randy holds a Bachelor of Arts (Commerce) degree from the Royal Military College of Canada.